Here at The New York Times and after I left the Times, I reviewed an important and perhaps rare photograph: an image of a newly produced Ford Model A. According to the Times’ Robert… 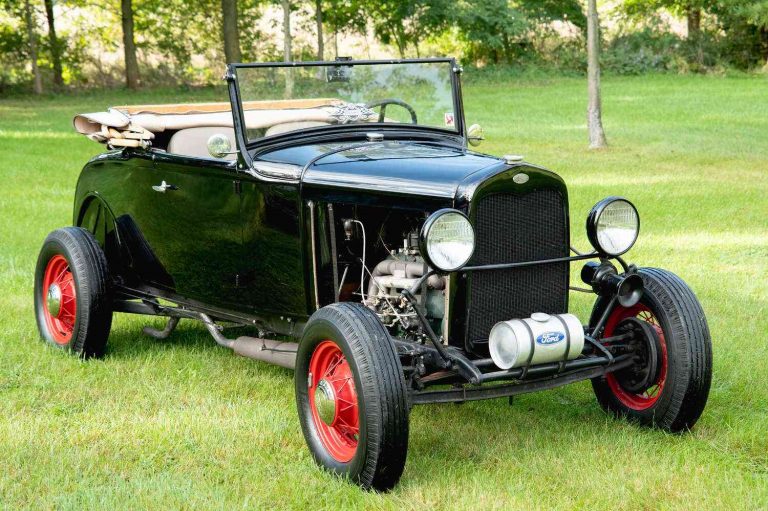 Here at The New York Times and after I left the Times, I reviewed an important and perhaps rare photograph: an image of a newly produced Ford Model A.

According to the Times’ Robert Downen Jr., the photo by Don Kirby was taken in 1925 by Victor Ciejalski and is at the National Museum of American History.

My review of the photograph was significant because it helped me understand the connection between the Model A and its iconic predecessor, the Model T, which hit the market just one year before the Model A.

Check out the evolution of the car below and see what I mean. There’s a clear, if subtle, design shift.

A Hot Rod Before Its Time: Ford’s Model A, With a Boost

[Don Kirby] – Oiling, a Harrisville Engine Plant worker, wrote that this was probably his favorite shot of the day, and he would be proud.

“The small ford looked beautiful,” he wrote. “The next one, went down and slammed into the posts.”

According to Kirby, the photo was taken at 12:43 on June 2, 1925, and is believed to be a scan from the Supercinema clock’s showing of the new Ford Model A.

That day, Don Kirby drove his Model A to Harrisville Motors, 180 Harrisville Industrial Park Road, and brought the camera from Detroit to capture the launch.

Said Kirby, “I was delighted with the car. I never thought it would be so good.”

I found it fascinating that a short year later the Model T would be the famous car, at the forefront of the industry, and Kirby’s Model A, then just a new baby, would be the second-best seller.

Mark Cuban is our Koppel, and Koppel is wallflowers