Four injured as car driven by developer hit street lorry, pushing two vehicles along A couple and their two children have narrowly escaped death after their house collapsed during a fatal collision between a… 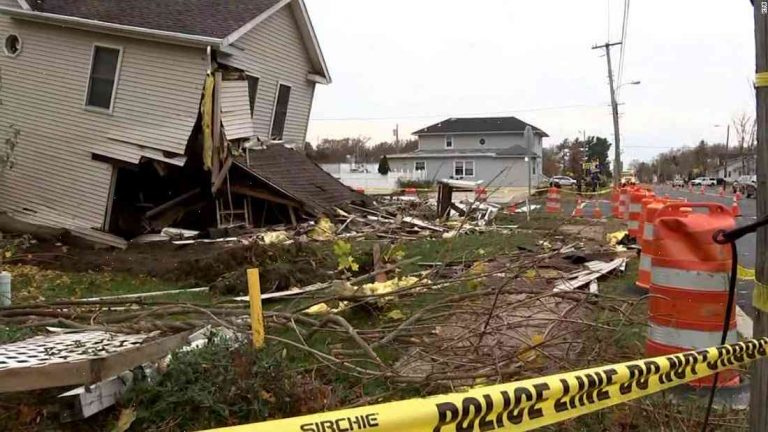 A couple and their two children have narrowly escaped death after their house collapsed during a fatal collision between a road lorry and a truck carrying two excavators in Sunderland.

The collapse happened outside the cottage in the Woodside area of the city just before midday on Wednesday, after the lorry pulled into a driveway and lost control.

It pushed a digger into a bungalow, according to witness Liam Boswell, who added that a couple and their two children were inside at the time.

“There was this quite massive lorry coming down the street,” he said. “The driver went around a corner and lost control, and the digger pushed up against the back door of the cottage.

“They were sitting in there at the time, there was a three-year-old boy and a girl of about six. The lady’s leg was stuck in there, and that’s why they were down in the garden. They’ve escaped and are fine. They’re obviously very shaken and shaken up.

“The house is gone.”