How much does it cost to move subway trains? Even $1,000 per square foot in storage can’t save Transdev Services

You might have heard of the new rail cars at the center of a lengthy saga for Transdev Services, the company that operates the subway, Hudson Yards Line and now Brooklyn’s No. 7, No…. 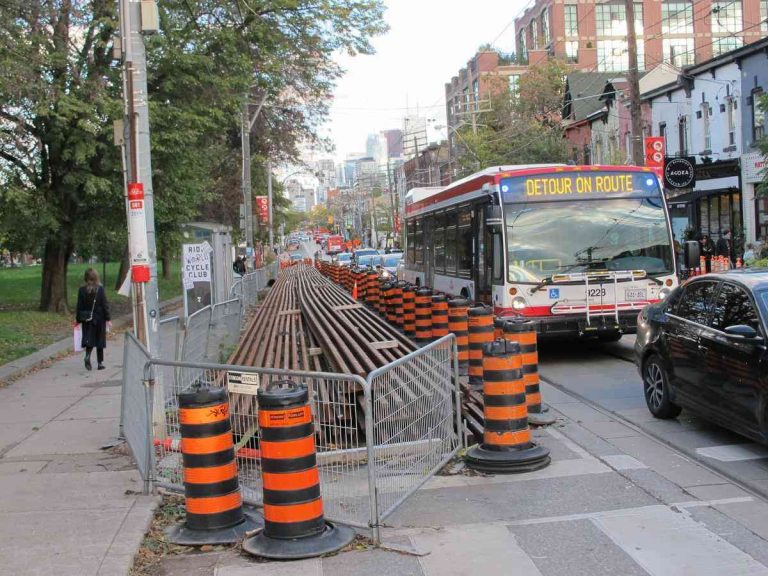 You might have heard of the new rail cars at the center of a lengthy saga for Transdev Services, the company that operates the subway, Hudson Yards Line and now Brooklyn’s No. 7, No. 1 and No. 2 train line, which serves Brooklyn’s Gateway City. It is also responsible for transporting the new red-painted, behemothly, stainless steel-framed streetcar trains through the congested streets of Brooklyn to points east.

The project came in at around $846 million, but some estimates place its entire price tag at $3 billion.

As first reported by Time Out New York, the company has been spending almost $3 million a year to store the trains at large sheds along the No. 7’s tracks. The city-owned warehouse, known as Lot 1, can hold 120 articulated buses. That means 125 new, expanded, taller and much more expensive cars sit in the storage yard. It costs more than $1,000 per square foot to store the new trains, Time Out New York reports. Transdev officials declined to comment.

One of the city’s largest tax-paying corporations, Transdev has also, according to City Hall, spent millions of dollars to hire large construction teams to construct the new line’s infrastructure. Meanwhile, the city’s Department of Transportation reported last week that 50 street closures along the lines between Manhattan and Brooklyn will continue through next August, particularly along Broadway and Fort Hamilton Parkway, as work gets underway on repairs at the busy intersection. DOT officials have said that they hope to hold off on the closures next summer, too.

At a time when transportation in and around Brooklyn is suffering from intense congestion, apparently, one doesn’t have to close a downtown avenue to get the trains to their destination. The city’s Department of Transportation has, however, apparently had a pretty good run of it.