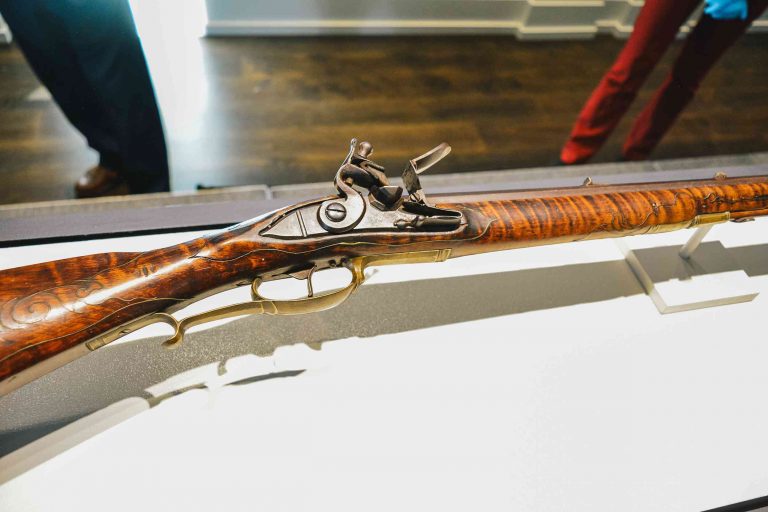 The former volunteer security guard at the New York Historical Society was sentenced to one day in jail on Friday after admitting to stealing and pawning off a Revolutionary-era rifle from the museum more than a decade ago.

Ian Ryan, 54, plead guilty to attempted criminal possession of stolen property in May after law enforcement officials linked him to the rifle’s whereabouts. Ryan volunteered at the New York Historical Society as a security guard for about three years in the early 2000s, and would have had access to the museum’s inventory of historic artifacts and weapons.

Several members of the public tipped off police in 2006 after being able to identify the rifle as a type used during the Revolutionary War. The age of the rifle, which is listed in the Museum of the American Revolution, has caused police to believe that it had been missing since as early as the late 1990s. The rifle was likely stolen from the museum sometime between 2000 and 2003, according to authorities.

After it was found by police in 2013, the rifle turned out to be in bad shape and with a hole in the stock. Once cleaned up, the rifle was appraised at around $4,000.

Unlike in regular gun cases, jurors in Ryan’s case were not allowed to hear testimony about whether he sold the rifle for a profit. He pleaded guilty to first-degree attempted criminal possession of stolen property.

Ryan was sentenced to a maximum of one day in jail, which he will serve immediately. Afterward, he was taken to a mental health facility for evaluation.

‘Women of the Trump Organization’ photo collection comes out this week