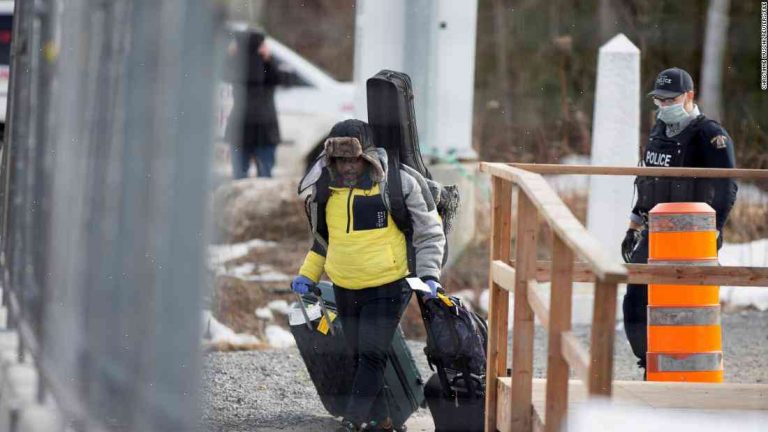 Canada’s prime minister has announced an end to the rules for detaining asylum-seekers between Canadian border crossings.

Justin Trudeau said the policy implemented at the Canadian Pacific border crossing in Emerson, Manitoba, would end within the next few days.

Approximately 1,100 people a year were kept in custody after crossing illegally from the US.

About 2,500 people a year cross the Canada-US border under similar policies.

He tweeted that under the previous Conservative government, the immigration system had been subverted by the “politics of fear”.

The new government that I lead inherited an immigration system that was subverted by the politics of fear. Canadians overwhelmingly welcomed refugees and we are now a country where we see thousands of newcomers coming to build a better life every year.

Thanks to responsible policies, we have increased our humanitarian intake. But we must also ensure that our borders are secure.

Now that our immigration system is secure and safe, we will stop deporting asylum-seekers. So, effective immediately, people who have successfully applied for asylum will no longer be detained beyond the standard 24-hour period. pic.twitter.com/yc8IIeyMWv — Justin Trudeau (@JustinTrudeau) February 6, 2020

Earlier this week, Canadian President Donald Trump imposed tougher restrictions on visitors from countries including El Salvador, Guatemala and Honduras, the four countries that have registered a large number of asylum-seekers.

Mr Trudeau was among several Western leaders who congratulated the US leader after his re-election last November.

Mr Trump was later rebuked in a letter from 15 US governors. The group, including California Governor Jerry Brown, wrote that they were concerned over the impact of the immigration “zero tolerance” policy on the state.

They said the policy could affect hundreds of thousands of migrant children, as well as border and law enforcement resources.

The Canadian government said it would accept 14,000 fewer asylum-seekers this year, after taking 4,800 in 2017, in response to the increased numbers from the US.