Image copyright Chris Gray Image caption Dave Bassett, pictured here with his wife Susan, was rushed to Northampton General Hospital in 2014 Medical experts in the UK have warned that Aduhelm – a drug… 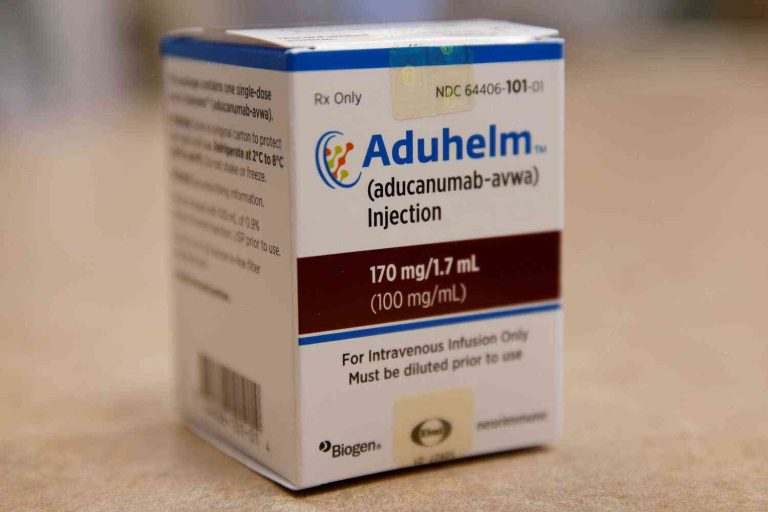 Medical experts in the UK have warned that Aduhelm – a drug administered to take the edge off pain during chemotherapy treatment – is a potentially deadly risk.

Doctors have become increasingly cautious about whether patients should take it and research suggests as many as a quarter of patients are unaware of how to tell whether the drug is safe for them.

Seven cases of serious side effects have been reported in the UK.

The UK’s medicines regulator says it is “shocked” by the “dreadful deaths” which it knows of, but medical experts have raised their own concerns.

Surgeon Dave Bassett is still furious at the way Northampton General Hospital and A&E staff dealt with his treatment after he was sent there in the middle of the night in 2014.

A&E staff provided an anaesthetic when he arrived, but would not release the medication so he was placed in an isolation unit and given intravenous infusions of the drug.

That did not happen for two weeks, even though he had spent days in bed, unable to walk, speak or eat properly.

“For us as a family it was just devastating because we didn’t know what was going on. I wouldn’t wish it on my worst enemy, I would hope no family would,” he told the BBC.

“I thought it was going to end for me. I started to think maybe I had cancer and should be assessed as an organ donor so I wouldn’t have to go through this again, but I didn’t have to.”

For their part, Northampton General Hospital said a serious mistake had been made and regrets Mr Bassett’s treatment.

A&E had put Mr Bassett into an isolation unit to isolate him from the rest of the hospital, instead of liaising with the haematology department and referring him to a specialist.

However, no extra treatment was offered and it did not become clear to Mr Bassett or his family that he was actually on the drug at the time.

The other cases reported have involved two brain tumour patients and an immuno-suppressed patient with a condition which meant that they were prone to moderate side effects.

Yet the World Health Organisation (WHO) is set to issue recommendations in the next few weeks recommending a “post-marketing surveillance” programme for Aduhelm and other drugs which could be marketed in cancer therapy.

That would mean doctors do not prescribe Aduhelm as an alternative to leukotriene-specific immunosuppressants (LSIS) or other therapies which are the most commonly used.

UK medical experts are concerned because Aduhelm is treated only by NHS hospitals and they believe poor advice by some GPs is potentially putting their patients at risk.

They have written to the regulator, the Medicines and Healthcare products Regulatory Agency (MHRA), to raise their concerns.

Two deaths have been reported to the MHRA from use of Aduhelm since November 2016.

Shocked at the fears

Image copyright Douglas Lee Image caption Matthew Casson, pictured with his dad, died after he was taken ill during treatment for his skin condition

The first patient, Matthew Casson, died of a heart attack while the second, Douglas Lee, died from a massive bleed on the brain.

Dr David Golding, GP and chairman of the Aarhus Health and Care Network – a practice in south-east Denmark – first raised concerns in September 2016.

The practice was involved in a legal case which led to changes to safety protocols for Aduhelm last year.

“Our concern here is that it’s been developed in this context,” he said.

“For Aduhelm to progress and to get a high profile and for Aduhelm to be offered across the world, with the recognition that it’s a very safe agent, we think it’s time to stop developing that agent and to ask very hard questions around safety.

The UK MHRA said Aduhelm poses no risk to patients and advises that anyone concerned about their symptoms following treatment should see their GP.

Three takes on Liberal remarks at the throne speech