The shelter replaces access that made adjusting to a bus stop unsafe and legal issues became a key focus of students’ engineering class. An Australian high school engineering class has built a bus shelter… 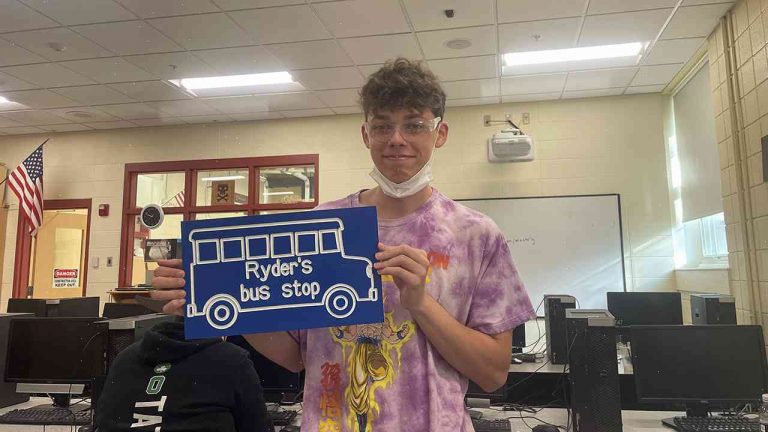 The shelter replaces access that made adjusting to a bus stop unsafe and legal issues became a key focus of students’ engineering class.

An Australian high school engineering class has built a bus shelter for a girl who uses a wheelchair.

Sydney high school students, chosen to design their own bus shelter for the Department of Education and Training, set out to make a shelter that would be safe, easy to put up and remove, and that could be filled or removed easily.

The homeless and the metro: how Daniel Patrick Nolan changed the world Read more

Rita Ann Erickson, who uses a wheelchair, uses a bus stop at Mt Albert High School. Her family had been unable to modify her wheelchair so she would fit easily underneath the existing bus shelter, and the bus stop isn’t compatible with the accessibility standards introduced for the public transport network.

Students Brett Davies, Liam Hall, Cameron Hull, Anouh Hamdi and Ellie Saleh, all Melbourne students, used Building Information Modelling – a software tool developed by the ANU to make it easier for governments to compare the costs and design requirements of new buildings and renovations – to develop a design that made it possible for Erickson to get on and off a bus without fear of having her wheelchair caught.

The university researchers taught the students about things like coding and integrating with existing technology and about making safety issues like Erickson’s accessible.

The shelter was launched at the school in February with 100 students, parents and community members witnessing the work that went into it.

The Australian education department’s young innovation team, which selects innovative projects involving 15-17 year olds, said students were able to make the decision whether a project was worthy of joining its team and became great ambassadors for the organisation.

“They were able to be creative, problem solve, and contribute to a national project with a large construction team,” the team leader, Mathew Ryan, said.

The facility is named Yashui from a character in the Snow White film as the student and teacher who helped creating the shelter. Yashui wants to create a school in the community with the shelter as its centrepiece.

“The education department is awarding funding to start the prototype of this shelter,” she said. “The bus shelter is actually very tricky to put up, and we helped design the layout and measurements of the shelter that would be worked out in the design.”

The students also sent a film featuring the bus shelter to the Department of Education, and it won an award at the Australian Federal Government Design Award.

The shelter will now be checked for meeting all the building standards and signed off on before it is delivered to Mount Albert. The Department of Education and Training hopes to see the shelter ready by June.

The Department of Education also used the team to do research into public transport accessibility, and commissioned an independent review of the accessibility standards. A report with recommendations will be completed by December.

The Erickson family has been in contact with the Department of Education’s young innovation team and they are very happy with the design that was delivered.