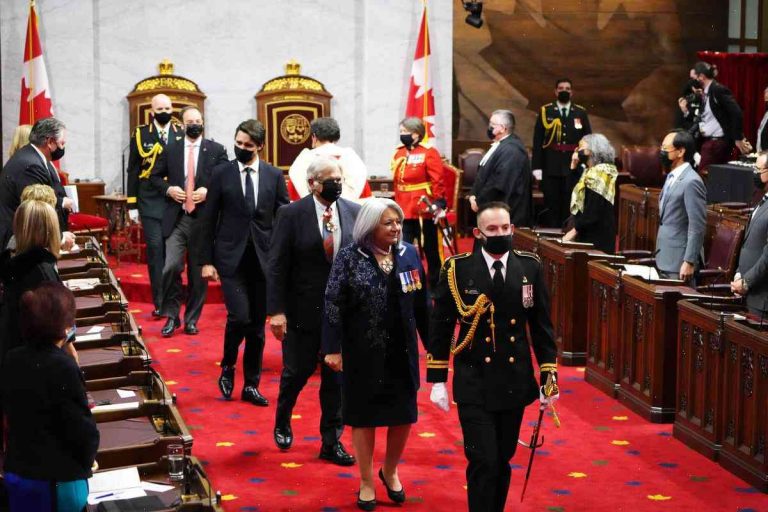 Heather Scoffield is Deputy National Director of the Ottawa-based Council of Canadians.

Prime Minister Justin Trudeau launched his latest bid for re-election last week in Nanaimo, British Columbia. It was a town famous for its social services.

Trudeau said he’s listened to his constituents “on issues like crime, education, housing, health and environment.” He might have stopped in at the Department of Human Resources and Skills Development Canada to get that last one right.

To many Canadians, no one would be better positioned to understand how Justin Trudeau might cut back on crime.

Held amid the gloom of the latest reports of a “culture of silence” within Canada’s correctional facilities, the mere mention of the prime minister’s name at the launch of the Corporate Insecurity Conference suggested that, in this highly polarized era, partisan politics is given a low priority.

Yet much of what the government is doing right now would likely find broad support from the public. It’s absurd to believe that reintegrating criminal offenders is the bottom line for a progressive government.

As the government proceeds with reforms to reflect the growing need for addictions treatment services, many more of those people will be released from institutions into the community on community supervision. These changes will have serious implications for the relationship between offenders and the welfare system.

Currently, inmates have a choice between accessing drug treatment or continuing their sentences. But releasing thousands of more offenders with access to treatment services is likely to lead to an increase in demand for care in the community.

More importantly, the NDP’s justice critic is calling for a review of the vast scope of the Ministry of Public Safety’s community supervision function to ensure it keeps families of offenders informed and protects public safety.

The seven main design issues affecting the public safety sector tend to get less attention than the more controversial developments. For example, though what the government is doing to curb violent video games is quite controversial, it would have been very similar to most communities in Canada, even in the Northwest Territories, that use carding to maintain community safety. Similarly, if Trudeau and Public Safety Minister Ralph Goodale are really interested in building up the RCMP, they should look at the department’s response to violence in the streets.

Housing is another example of government doing much of the right thing, but not enough to help the people who need it most. A recent survey from the National Coalition for the Homeless found that 21% of Canadians are homeless, up from 19% in 2006, largely due to property loss from wildfires.

Trudeau and Goodale are still relatively new at their job, and their judgement is imperfect. But every time the government does something good, they should be able to show Canadians who have nothing else to do what they are doing is working.

It would be a start.