Image copyright Reuters Image caption The two had been charged with criminal association Two missionaries who were among 19 people who were detained during a Haitian earthquake rescue mission have been released. Eliana Violette… 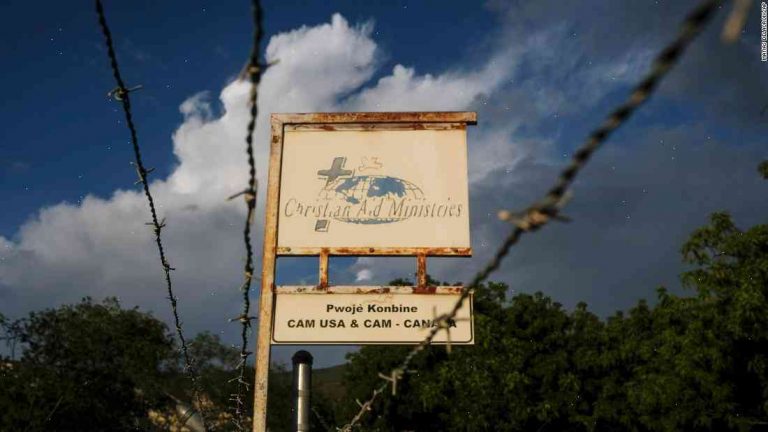 Two missionaries who were among 19 people who were detained during a Haitian earthquake rescue mission have been released.

Eliana Violette and Mario Joseph were arrested in December after members of their group were accused of kidnapping people.

The pair were released on Friday after cooperating with Haitian authorities.

The group was working with a non-governmental organisation that organised a rescue mission using international teams.

As many as 200 people were killed by the earthquake that struck Haiti on 12 January 2010.

Haitian President Jovenel Moise met the group on Thursday and told them they would be released at midnight on Friday local time.

“Tonight at 11 o’clock, the two missionaries will be released,” he said.

“We condemn this illegal activity,” he said.

He also stressed that “missionary activity” was rare in Haiti and that it was not necessary to implement it if the people were not in need.

Two members of the group were found dead earlier this week after they were buried in the rubble of a collapsed school.

Teams of about 140 international rescuers and religious groups, such as US Mormons, came to Haiti after the earthquake, focusing mainly on rescuing earthquake survivors.

Lacking the equipment and expertise of other rescue teams, the Baptist group, which was working with Child Recovery International, developed its own programme with an unspecified number of Haitian trained construction experts and technical assistants.

Mostly young adults in their 20s and 30s, they brought with them lighting, air conditioning and laptops to conduct the relief mission.

“The religious grounds for believing in salvation through the saving of the life of a person are inalienable for the human family,” it added.

Get the latest DC comic news and opinions from Blog & Politics