In Buffalo, what happened on the ice became a symbol of the country’s soul

*** By Kari Lundgren Every time the puck drops at KeyBank Center, the Buffalo Sabres make Canada sweat – then that crease behind them invades with a familiar ruckus. In 2017, the Canadians and… 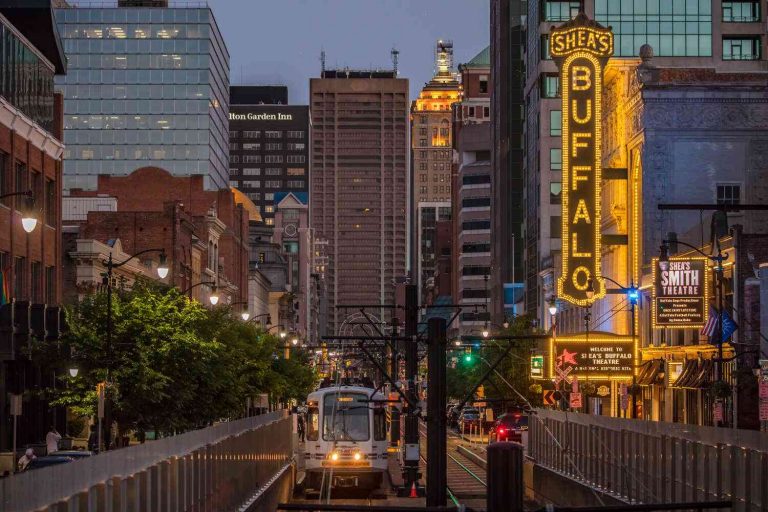 Every time the puck drops at KeyBank Center, the Buffalo Sabres make Canada sweat – then that crease behind them invades with a familiar ruckus. In 2017, the Canadians and Sabres slugged it out until Toronto and Boston emerged triumphant, leaving the scene to the tune of “O Canada.”

That happy day was yesterday in Buffalo, home of Sabres Captain Jack Eichel. At the time, he said the best player on the ice was Buffalo’s Ryan O’Reilly. To the surprise of those in attendance, the undisputed top player was outside the blue lines, cajoling the fans to cheer for his team.

“Guys, this is a freaking hockey game! The last game you win, Buffalo doesn’t exist,” O’Reilly screamed before firing up the friendly crowd.

“It’s not a movie,” he continued. “Everybody in Buffalo is part of our team. We’re all one. And we can do something amazing if we stick together. We’re not in this together; we’re in this together.”

And then he delivered: “And we all cheer for each other! Everyone!”

The scene was great. And it’s an old one that dates back decades. As Leander Kahney, the author of “Playing the Enemy,” tells me, “Because of the emphasis on community and cooperation in Canada, it’s rare that a series is extended. In some ways, it was a reassuring sight to see Ryan O’Reilly cheering for the Sabres.”

It was a stunning act of pride, to see the face of Canada outside the barn.

The city of Buffalo and other surrounding towns have adopted what I call a Canadaitis, a condition that manifests itself in excessive and unconditional pride and allegiance to “the mother country.” As a Canadian, I have never experienced this condition.

I have learned to open my eyes when I see the signs of apathy, to question those who pride themselves on being loyal fans of their native country. Such actions are deceptive. This is a nation that still has many successes abroad. This is a country that is responsible for generously hosting the world’s largest international sporting event. Canadians have been quiet heroes in times of need.

This is a country that can compete with the best in the world.

In America, by contrast, we seem to have forgotten how to dig in to learn from our mistakes. Nowadays, there are often times when the biggest villains are actors, celebrities, CEOs and politicians.

The Canadaitis goes beyond excessive native pride. It is also about emotional fidelity. We need to remember that when times are tough, it’s not who we support but the country that wins.

It feels strange to retell the stories of Canadians who flocked to Buffalo to support “The Team” in the wake of the Stephen Lawrence shooting. Most were wearing jerseys with the number 88, which bore a discreet message and was meant to honor the slain teenager. Still, it has been reported that many Canadians within the Buffalo crowd were unaware of the meaning. In fact, some people that I have spoken to say they actually left out the number. As I said to my father that night, this is the country where almost everyone has family or friends. We know what’s going on in your lives. How could we not have known what was going on in ours?

That said, once you pass through a line of people wearing jerseys with the number 88, you might think that you are alone. I am the voice of Canada. It hurts because you should never be ashamed of your country.

It is a huge country. And this weekend, we will win the Stanley Cup. You might not have seen it coming. But on Sunday, the proud Canadians will win. And next Wednesday, it will be your turn.

Zia Chishti steps down as CEO of Afiniti