“We know that Global News has been offered a nice rebate for up to three years,” CTV News chief Gary Mason told the CRTC Tuesday. TORONTO — Global News executives testified that an investment… 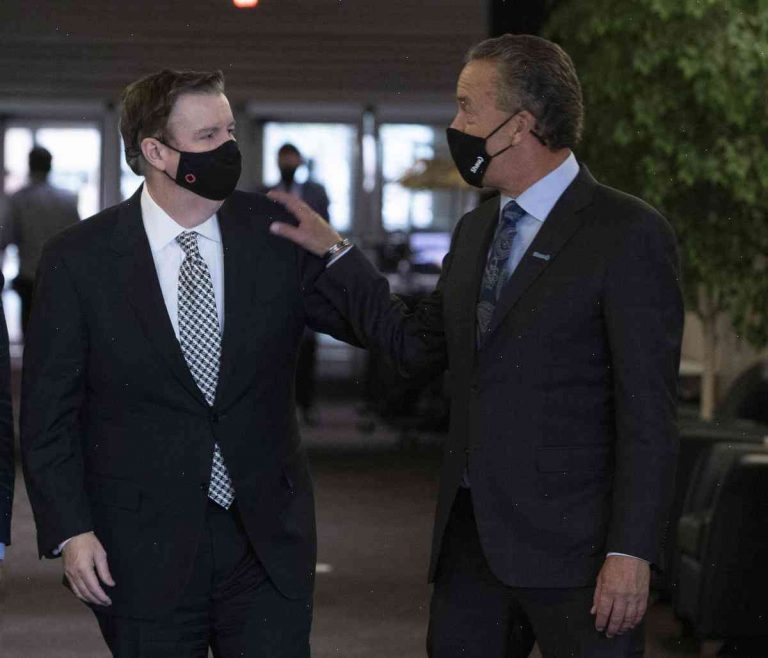 “We know that Global News has been offered a nice rebate for up to three years,” CTV News chief Gary Mason told the CRTC Tuesday.

TORONTO — Global News executives testified that an investment by Shaw and Rogers to buy the Canadian broadcaster amounts to nearly $13 million a year in lost revenue.

The compensation deal that would give CTV News a three-year guarantee that the Rogers-Shaw network merger is ratified was put in place last year but Global representatives said that no one had accounted for the post-deal revenue reduction on the Canadian market.

“We know that Global News has been offered a nice rebate for up to three years,” CTV News chief Gary Mason told the CRTC Tuesday.

“That is more than the combined annual cut in revenue that Global News would receive from a combined Rogers-Shaw network,” he said.

Canada’s broadcast regulator asked the two major companies how much they would lose revenue under the deal and the two presented different views of the economic downside of the transaction to the committee Tuesday.

Both Shaw Media and Rogers had cited CTV News executives in supporting their view that the deal would result in at least 1,700 job losses by the third year of ownership, rather than Global News’ estimate of 690 employees.

CTV News chief Andy Duncan said it was more difficult to evaluate the cuts because it depended on the particular jobs and industries targeted by the merged company. He told the CRTC that Shaw Media didn’t contribute a clear estimate of how many jobs would be lost or the possible reduction in overall marketing activities.

“What I wanted to get from what I could surmise is the disclosure that this is, indeed, the impact on jobs.”

Shaw Media chief Peter Bissonnette countered that the CTV News estimate of reduction in all sources of marketing revenue from 4.4% to 2.9% did not take into account the savings from union concessions to lower the number of shifts at the Global News facility.

“The net impact would be a reduction of between 0.7 and 1.2% in total marketing expenditures,” he said.

The CRTC has yet to say whether the two cable companies can merge under its current rules after representing to its board of directors and shareholders in February. It did ask that Shaw and Rogers reveal more information about the post-deal impact.