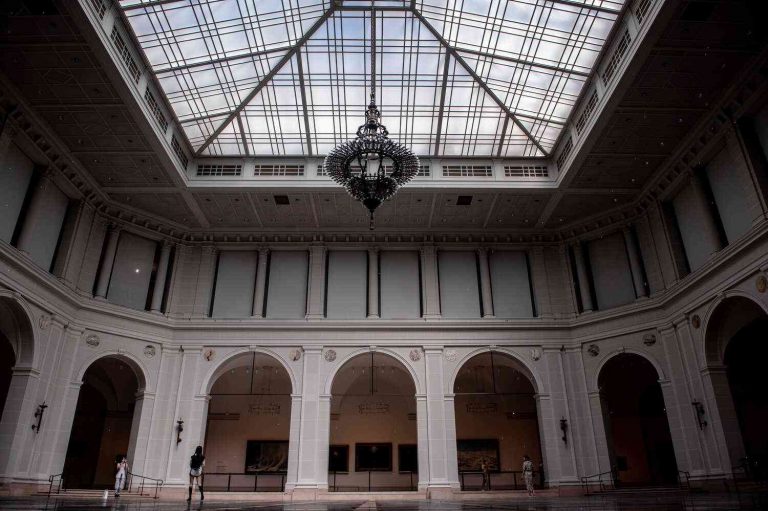 The Wall Street Journal is reporting that New York City Mayor Bill de Blasio has pledged to give the Brooklyn Museum $50 million to partially help fund a much-needed multi-million dollar restoration of its art collection. The money will be drawn from the NYC’s annual contributions to the museum’s endowment fund, which totals roughly $200 million. This donation will represent 20% of the endowment fund.

The Bloomberg administration had committed $50 million to the museum for the renovation project, but the Mayor de Blasio re-affirmed this commitment to the museum last year. The news comes just after Bloomberg announced his decision to step down as mayor of New York City to head up a rival Mayoral hopeful, Donald Trump’s former national security adviser Michael Flynn.

The general opinion in New York City is that de Blasio favors Kushner over the Queens Park Slope community, which has reportedly driven the tensions between the Mayor and the museum leadership.

By the time de Blasio walked away from the Democratic primary in September 2015, the Brooklyn Museum had been engaged in a prolonged struggle with the Board of Trustees (BOT) over governance, curatorial staffing, fundraising, expansion plans, and the transfer of its $100 million endowment. That struggle led to de Blasio’s decision to step down from the board of trustees in October 2016.

Since de Blasio’s resignation, the Brooklyn Museum administration has worked hard to raise funds for the $200 million reconstruction of the museum’s main building. This money has been earmarked for the 14 projects listed on the expansion plan, which include a new sculpture garden, new galleries, and physical improvements to the built environment. The redevelopment is due to open in 2019.

The plan was opposed by several community groups and civic organizations, including the Brooklyn Heights Association, which protested construction of a parking garage to be located just off the museum’s museum. They argued that the garage would cut off pedestrian access from nearby homes, schools, and businesses.

In September 2017, de Blasio called on the Brooklyn Museum’s board of trustees to not proceed with construction of the parking garage to the station of the F and G trains. In the same statement, de Blasio’s executive director in charge of the redevelopment, Glenn Lowry, announced a total redesign of the proposal. The proposal had now been made so that the new garage would be “separated from” the museum, which would be a significant departure from the parking garage’s original plan.

About The Brooklyn Museum

In 1883, the Brooklyn YMCA’s mission transformed from general welfare services into a cultural center. It merged with the Bronx YMCA in 1939, and changed its name to the Brooklyn Museum. In 1963, it became the nation’s third largest museum dedicated to the visual arts. In 1974, the museum officially joined the world’s leading art societies, the International Federation of Art Societies (IFAS). New York City has always played a central role in its mission, offering an extensive collection to the public, serving as a center for art education and scholarship, and entertaining visitors through an extensive public gallery program.