Two people were charged in relation to the shooting death of 17-year-old Sammy Yatim, according to a new Toronto Police release. Ikenna Chukwuemeka and Dayshawn Basil were both charged Sunday with second-degree murder in… 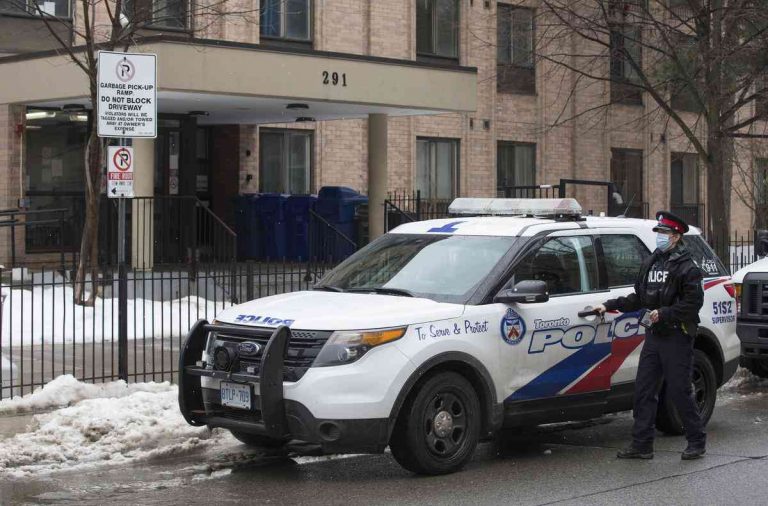 Two people were charged in relation to the shooting death of 17-year-old Sammy Yatim, according to a new Toronto Police release.

Ikenna Chukwuemeka and Dayshawn Basil were both charged Sunday with second-degree murder in connection with the teen’s death. Chukwuemeka is also charged with aggravated assault and four counts of unlawful possession of a firearm, according to a release from the Toronto Police Department.

Toronto police said in early April that the shooting that took place at an apartment in Toronto was aimed at “an individual who pulled a handgun on police and brandished it.”

A key piece of evidence that was successfully recovered from the scene was Yatim’s phone, which contained video and photos of an altercation, Deputy Chief Peter Sloly said in early April.

Yatim was shot and killed on a downtown Toronto street on the evening of July 27.

Hours after the incident, Sloly, the vice-chairman of the Toronto Police Services Board, told reporters Yatim was carrying two knives and had been pacing outside of a McDonald’s at Dundas Street and Spadina Avenue for “an extended period of time.”

“We continue to have very critical questions about the conduct of the officers,” he said in early July.

The Independent Police Review Director, a civilian agency that evaluates all police complaints against Toronto police, will head the investigation into the use of force and the video footage in the case.

This is the second homicide linked to Yatim’s shooting death.

Police arrested Adam Mubarek, 26, in late August on first-degree murder charges in the death of Yatim. According to a police release, Mubarek had been playing the role of the victim.

Mubarek said in an affidavit cited by CNN, he did not know Yatim but believed “he was doing this deliberately to gain notoriety for himself.”

Numerous activists and community members have appeared at meetings with police to ask for justice in the case. A man who spoke in support of Yatim was one of those shot by police following an incident that occurred August 29.